Dedication to the preservation of palms, interactions with legendary palm scientists, hobbyists and growers, as well as collegiality (read: fun) are the hallmarks of International Palm Society. A cohort of palm enthusiast recently met in San Diego California. One of the great benefits of membership is the opportunity to travel with like-minded individuals and tour special public and private gardens worldwide (and typically being treated as VIPs). 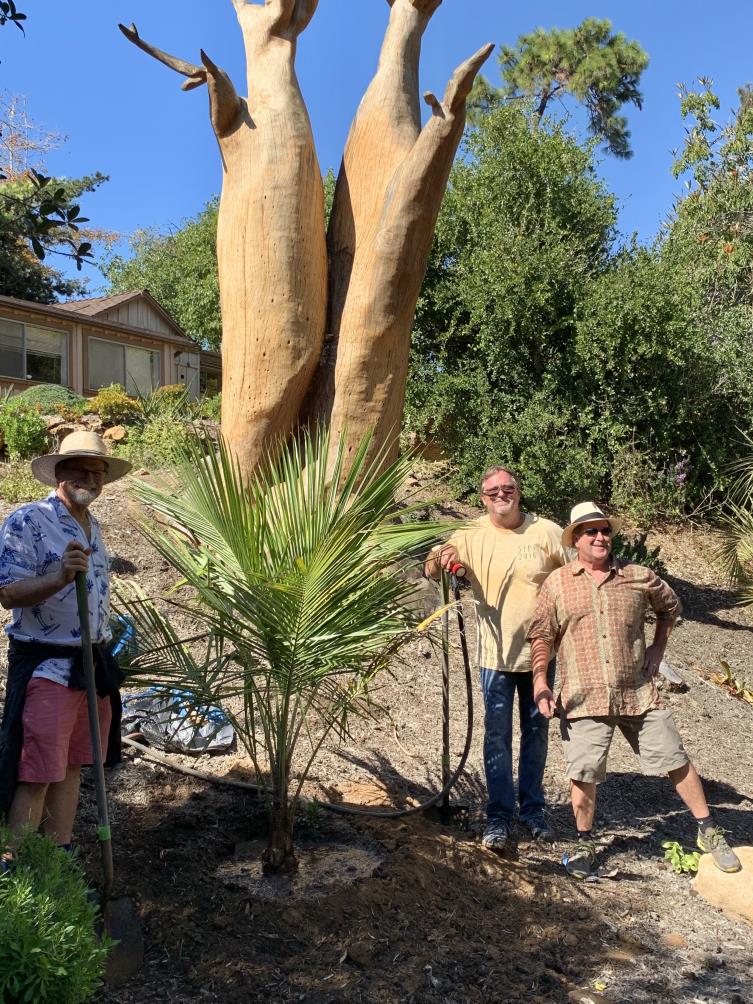 The San Diego Botanic Garden (SDBG), formally known as the Quail Botanical Gardens, is located in Encinitas, California. This 37-acre parcel with 5000 species was initially the private residence of the Larabee family. It borders the former Ecke ranch, an 800-acre nursery once responsible for over 90% of the world’s production of potted poinsettias.

In 1961 the land that eventually became the SDBG was a county park. The superintendent, who lived on site, was a “plant person” and established the core of plant collection. Today this noteworthy garden receives thousands of visitors annually. The garden is supported by earned revenue and benefactors. The collections include palms, bamboos, cacti and succulents, as well as California natives, including species grown as part of a conservation program.