Have you ever wanted to see photos of Hyphaene thebaica thriving in a salty desert? Do you want to find out how Pharaohs made use of the doum palm in Ancient Egypt? Or how these palms are used by the Zulu people in South Africa? Do you want to see what Hyphaene coriacea pollen grains look like? Some of these questions are explained and illustrated in www.hyphaene.org, a web-site that shows the main achievements of the Hyphaene project. Since 2015, Hyphaene project is one of the key research activities of the palm group at the Conservatory and Botanical Garden of Geneva, Switzerland. 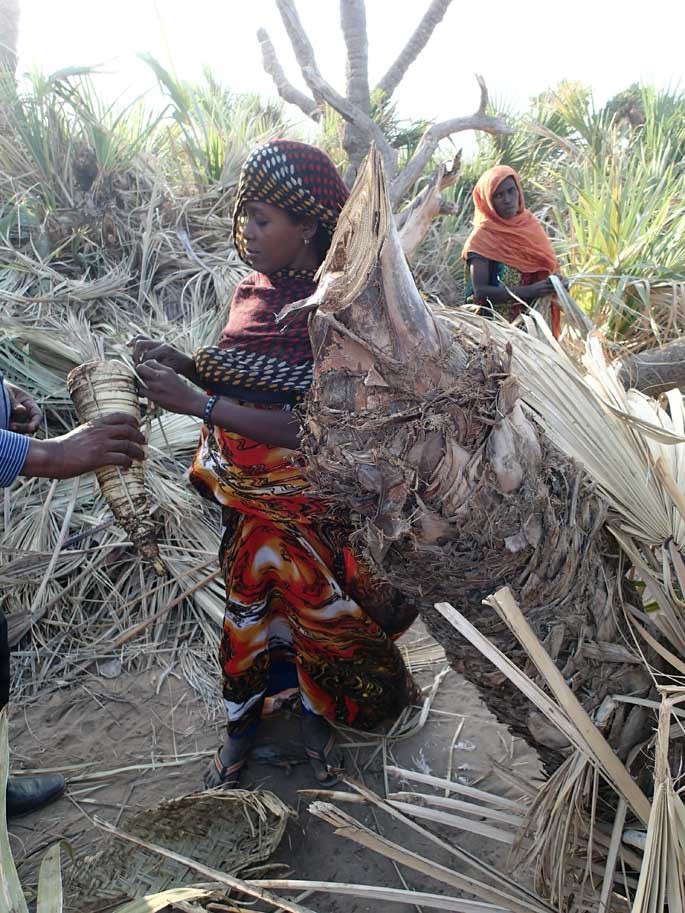 The website has lots of pictures of the palm, habitats and uses by local people. Photo: “This woman is part of the 1.8 million of people belonging to the Afar ethnic group in Djibouti.” Photo by Hyphaene project (CC BY 3.0)

The website aims to expand our knowledge of the doum or ginger bread palms (apparently eight species), while the origins, current advances and future per-spectives of the project are also described. These palms rank among the most economically important, yet extremely poorly known, coryphoid palm genera. The genus was monographed about a century ago by the celebrated Florentine botanist Odoardo Beccari, and since then only a few efforts have been carried out to further our under-standing of this genus.