Hello, fellow IPSers! This month we have a note about Red Palm Weevil in Spain. 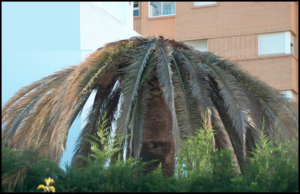 Rhynchophorus ferrugineus (Red Palm Weevil) is a species of weevil that has been attacking palms in southern Spain since at least 1995, when it was detected in Andalucía, a southern region in Spain. It causes the death of palms in a short period of time when it attacks the apex of the palm (the bud or palm heart). Spanish authorities, among other European governments, have launched efforts to control this pest, but the pest epidemic is still killing palms.