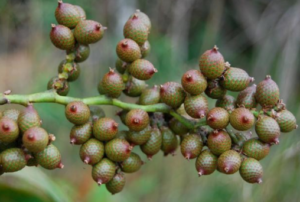 Grants in 2003 and 2005 were given toward preparation of A Field Guide to the Palms of Southern Asia, (pictured
above right). In 2007 Dr. Henderson was awarded a grant for the project “The Rattans (Palmae) of Myanmar: Conservation, Systematics, and Sustainable Use”.

“This project, to be carried out in collaboration with Dr. Charles Peters, was originally planned for Myanmar. However, we were unable to obtain visas for this research. With IPS permission, this work was carried out in Vietnam, beginning in February 2009. … two papers were published as a result of this research.”