Date palms are littered throughout the central Florida landscape.  While not native, they are certainly ubiquitous and have adapted well to Florida’s climate.  I’ve often wondered how the original specimens were introduced.  Perhaps it was a plant pioneer like David Fairchild or Henry Nehrling.  These palms certainly occupy an important part of Florida’s landscape, particularly central Florida. 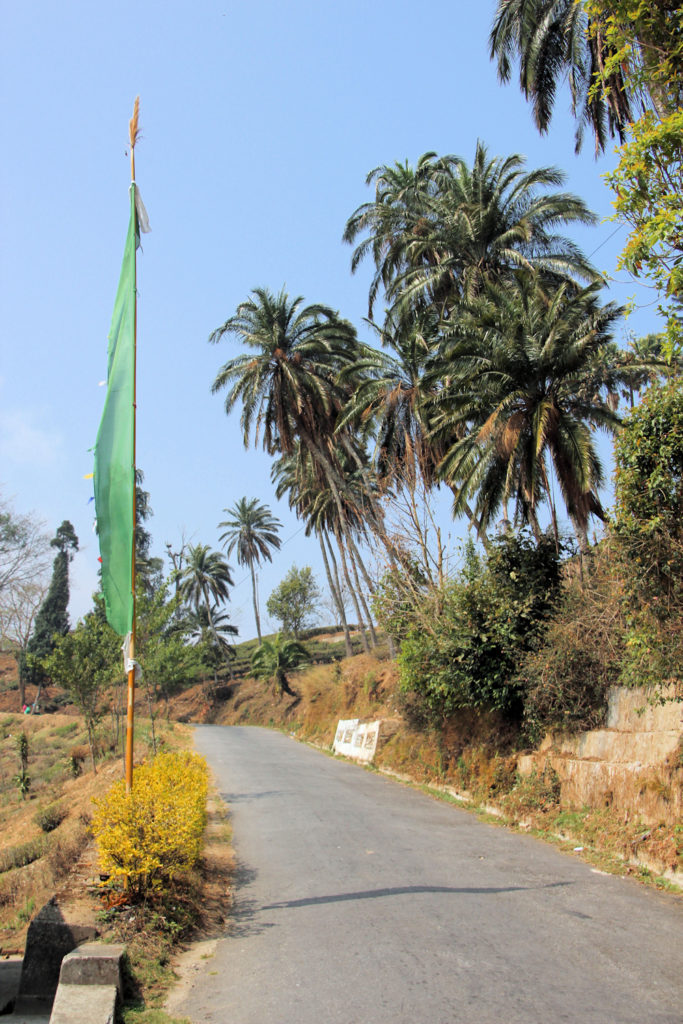 In the 1990’s, every new road construction project or condominium complex was accompanied by dozens of Phoenixcanariensis or P. dactylifera.  Their large scale however, made these palms non-practical for the average homeowner.

Enter the diminutive Pygmy Date Palm (Phoenix roebelinii) which has been readily available in home improvement stores for seemingly decades now.  This palm is commonly sold as a double or triples and is very common in often unimaginative, boiler plate landscapes.  My wife, Miriam, worked many years for a land development company.  Knowing the plant geek that I am, she would often send me the landscape architect’s proposed plant list for an apartment complex or home subdivision beautification.  In almost 100% of the plans I perused, the Pygmy Date Palm was listed.

When larger homes were being built, a circular driveway almost always surrounded a huge clump of Phoenix reclinata.  Perhaps more than any other Phoenix, this one has made itself most at home in Florida.  It can be seen in a naturalized state across central and south Florida with some ancient specimens visible in various parts of the Everglades.  As with P. canariensis and P. dactylifera, P. reclinata is better suited to larger spaces than the average yard provides

Finally, there are the hybrids which more than likely easily outnumber the pure species.  Take a trip to Orlando’s Universal City Walk and you will  see what I mean.  Hybrids of every size and shape adorn the entry to this entertainment complex.  I have  heard it said that  central Florida is a Phoenix “playground” where more distinct hybrids can be found than anywhere else in the world.  There are many other Phoenix species that have gone unnamed here, but the biggest omission is quite possibly the most beautiful member of the genus, Phoenix rupicola. 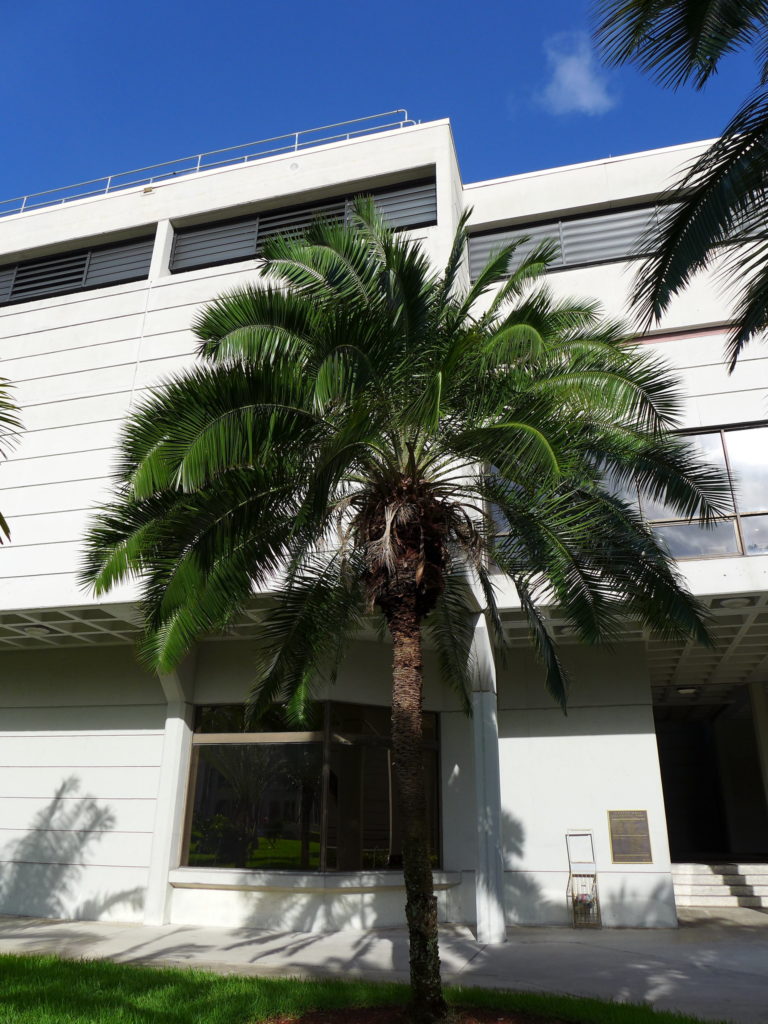 Rarely seen outside of the collector’s garden, Phoenix rupicola is the gem of the genus.  Its intermediate size lends itself to larger and smaller landscape projects, yet it is remarkably absent from the trade.  The largest specimens are rarely over 25 feet tall and the trunks are typically 1 foot in diameter. 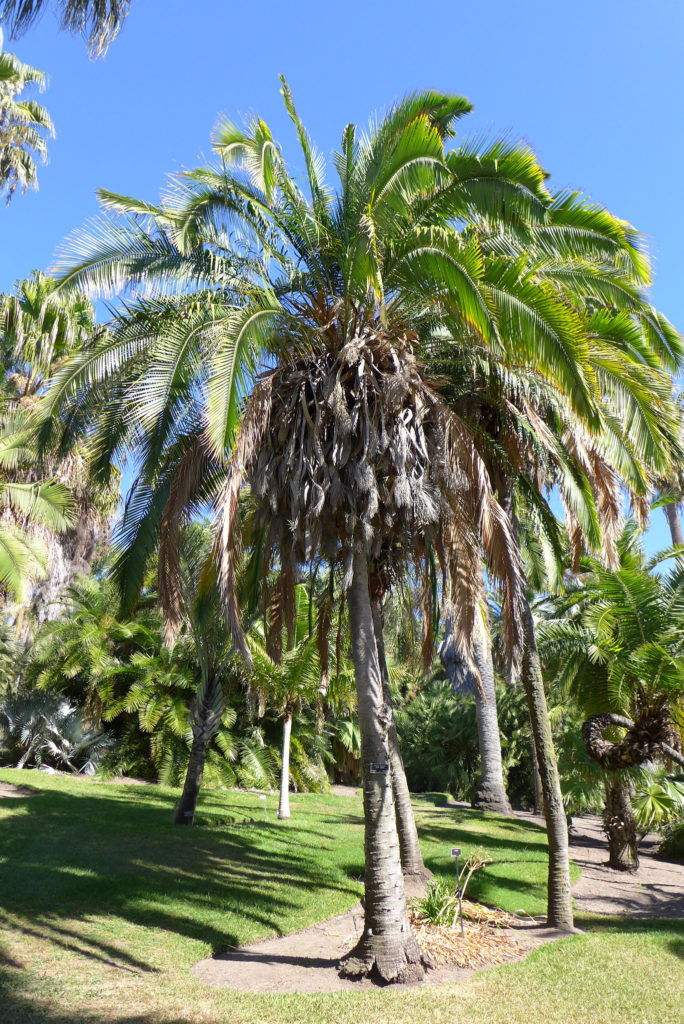 As with other Phoenix, this palm is adaptable to a variety of terrain and conditions.  A native of India and Bhutan, it grows in wet and dry areas at lower and higher elevations.  Per Paul Craft and Robert Riffle, the palm can be found at elevations from 1,000-4,000 feet in wet and dry mountainous forests. 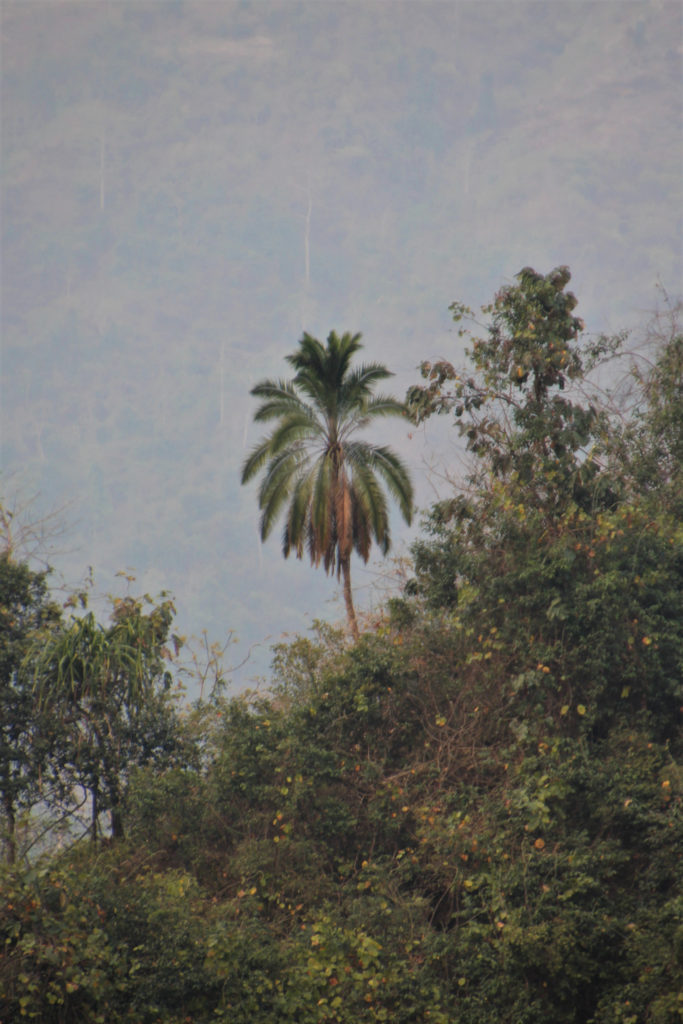 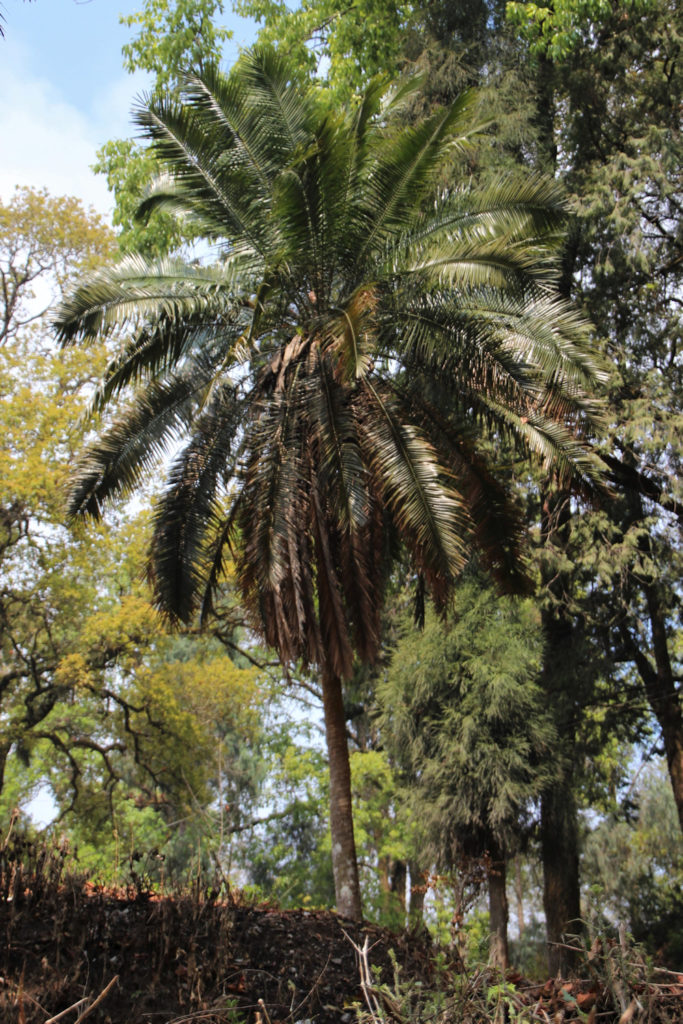 One of the most beautiful specimens I’ve seen anywhere is growing at the legendary Tampa garden of Dr. U.A. Young.  This palm was planted in the 1960’s and easily has 20 feet of clear trunk.  I mention this because most references list Phoenix rupicola as one of the least cold tolerant members of the genus suited only for zones 10 and higher.  While the foliage can be damaged by heavy frost and/or temperatures below 28°F, the growing point can easily sustain temperatures into the lower 20’s.

Phoenix rupicola is intolerant of poorly draining soils but does benefit from being kept reasonably moist.  In my experience, this palm prefers composted organic matter over out-of the-bag fertilizers.  In many ways, it resembles how I would grow a banana plant more than a palm.  Dr. Young’s specimen is planted in full sun, but mine is equally happy in a partially shaded situation. 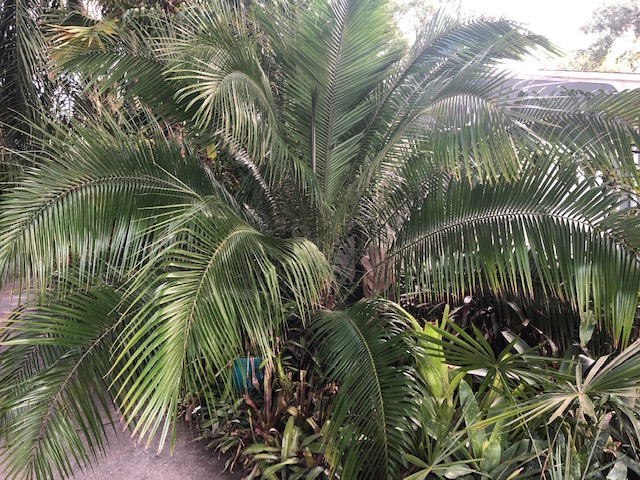 Author’s palm growing in his garden.

Phoenix rupicola is considerably less dangerous than some of its brethren with softer, less rigid spines.  The leaves are slightly twisted halfway down the rachis so that the individual leaflets sit in a vertical position reminiscent of Cocos nucifera. Another attractive feature is the inflorescence with its eye catching, orange-red seeds.  A mistakenly overlooked and underutilized palm, Phoenix rupicola can be grown in central Florida with long term success.