Palms appear everywhere these days in art, logos, and advertisements, usually as a symbol of exotic, far-away places, but what do they mean when they appear on symbols of state? Official seals, emblems and coats of arms are the heraldic representations of nations. They are typically chockablock with symbols that evoke the country’s political or cultural history. They are proclamations of identity, just as they were in medieval times. So, what does it mean when palms are represented on these devices?

Palm leaves, and sometimes whole palms, are commonly depicted in seals and coats arms, although they are “generic” palms that cannot be identified to species. Palm leaves, often paired with a laurel (symbolizing wisdom) or olive (symbolizing peace) branch, are a symbol of victory as they have been since classical times. The victory might reference a struggle for independence or just general adversity. These victory palms are found in the seals or coats of arms of the Bahamas, Ecuador, Malta, Nauru, São Tomé and Príncipe, Senegal, and Suriname. 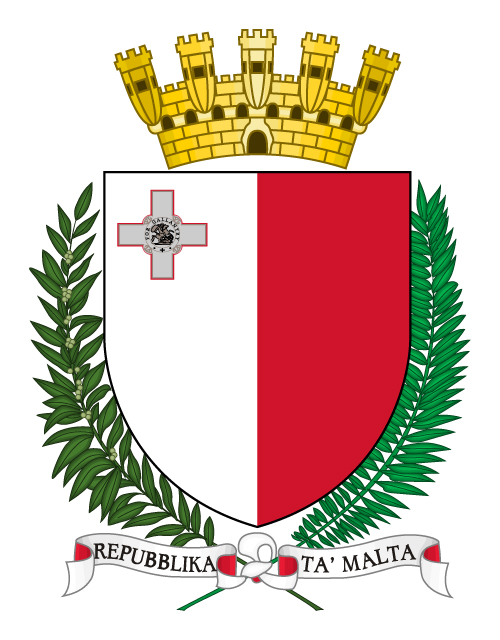 The coat of arms of Malta

Coconut palms (Cocos nucifera) are clearly visible in the seals or coats of arms of Dominica, Samoa, Sierra Leone (two palms, each with four coconuts), and Trinidad and Tobago. The coats of arms of Fiji and Maldives feature palms that are said to be coconut palms, but the artists took some liberties with the designs! Of course, all these countries lie in the tropics where the coconut was or still is an important crop. Coconuts, and the wealth they generated, were a source of national pride. 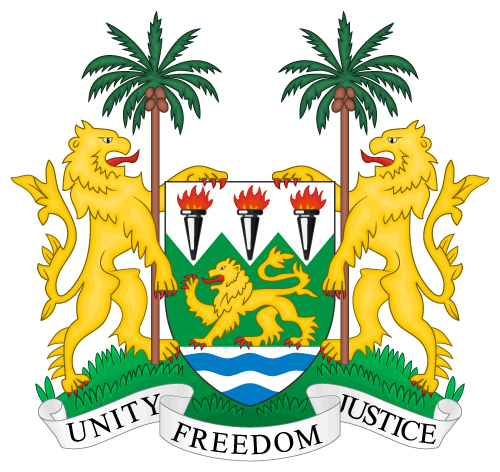 The coat of arms of Sierra Leone

The palms on the official emblems of Mauritania, Qatar, and Saudi Arabia and on the coat of arms of the Ivory Coast are somewhat abstract but might represent date palms. The rough trunks and spiky leaves depicted in the Saudi emblem must surely be Phoenix dactylifera. The date palm is the “tree of life” in the Arab world, and a cornerstone of Arab civilization. No other plant is so intimately woven into Saudi culture and identity. 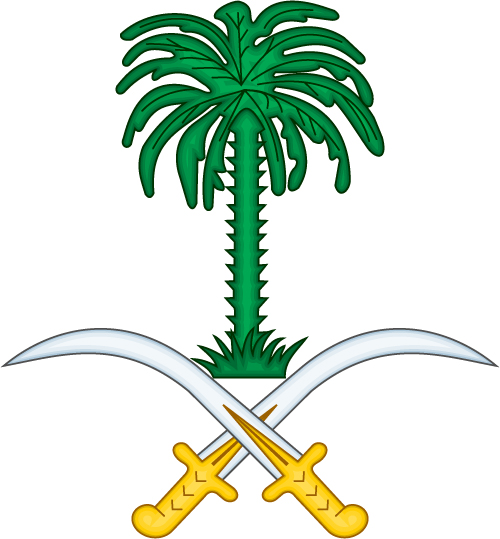 The emblem of Saudi Arabia

The palm on the Liberian coat of arms is said to represent prosperity. The design is somewhat stylized, but it may be an African oil palm (Elaeis guineensis), an important native crop in the region. Long before it was cultivated around the world, African oil palm was (and continues to be) a source of oil and alcohol for local people. It also was one of the earliest export products for Liberia. Its place on the coat of arms is well deserved.

Haiti’s official emblem has a royal palm (Roystonea borinquena), and the artist is to be congratulated for including the crownshaft, making the palm instantly recognizable. A Phrygian cap, symbolizing freedom, is curiously hoisted on the spear leaf; it was added to the design in 1986, after the defeat of the Duvalier dynasty. Bolivia’s coat of arms celebrates an Andean theme. It boasts a condor, a llama and a highly stylized palm that must surely represent Ceroxylon. It also has a Phrygian cap, but it is hung on an axe, rather than on the palm. Neither of these palms was an export crop, so these palms are not representing sources of wealth. They are pure representations of local identity. 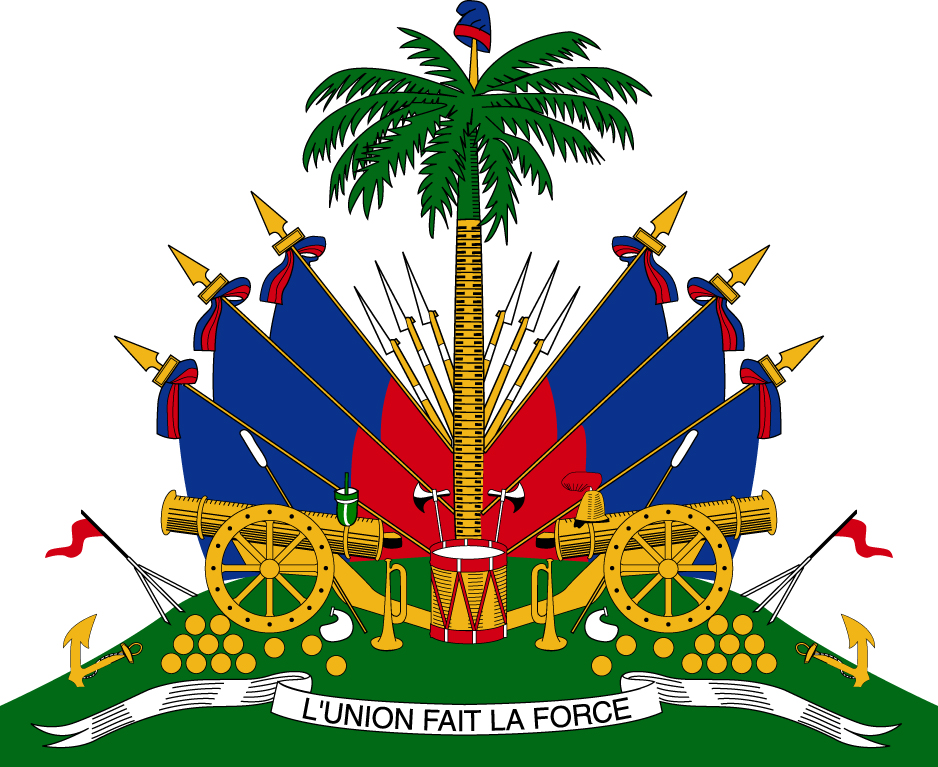 The coat of arms of Haiti 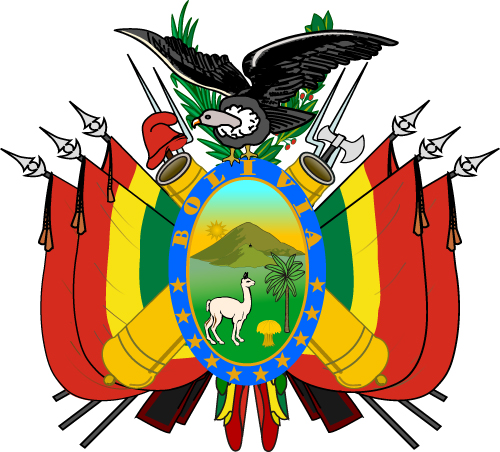 The coat of arms of Bolivia

The coat of arms of the Seychelles is a delightful montage of natural history and is my hands-down favorite. It is a magnificent design with a tropic bird, two sailfish, a giant tortoise, and occupying pride of place in the center of the escutcheon, a fruiting coco-de-mer (Lodoicea maldivica). The coco-de-mer is found nowhere else in the world, so it is the perfect symbol of Seychellean identity. It is gratifying to see official recognition of the uniqueness and importance of this palm. Of course, it also plays a role in attracting tourism, which is a major component of the economy of the Seychelles, so in a sense, the coco-de-mer is a source of wealth for the islands. 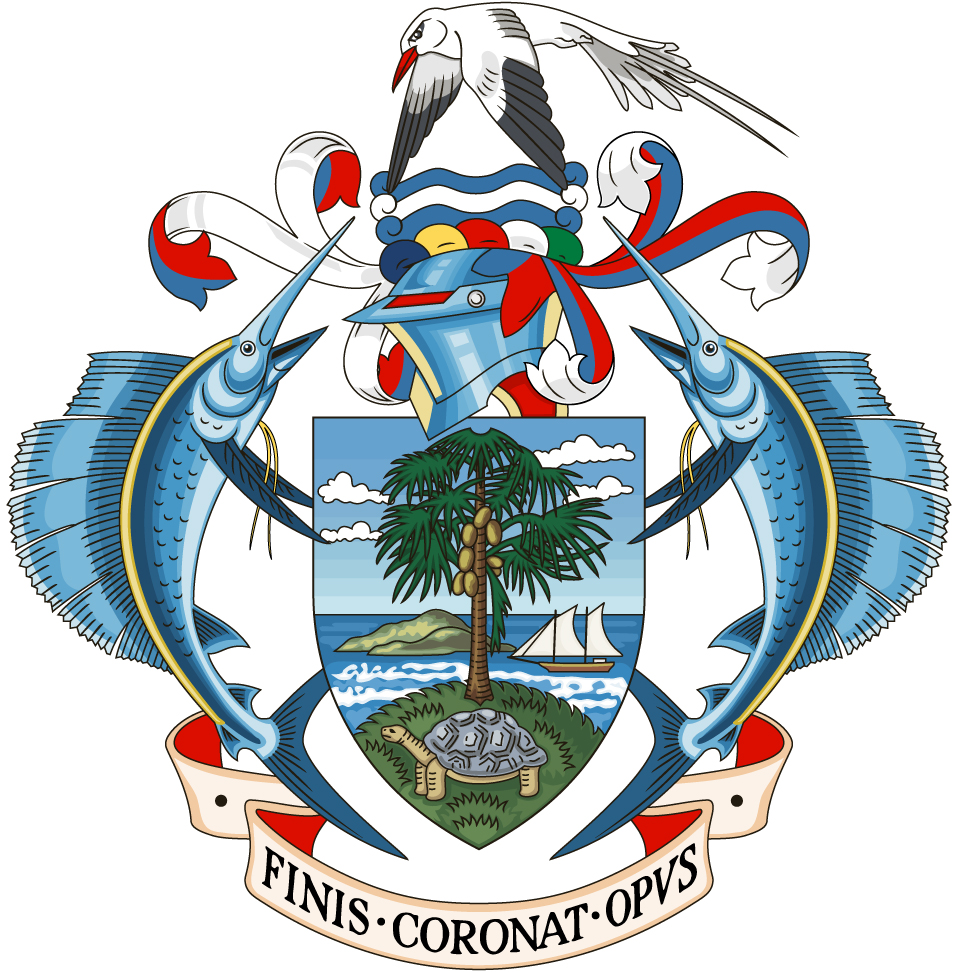 The coat of arms of Seychelles

Depictions of palms can be found in various cultures throughout history, from ancient times to the present. While a coat of arms or an official seal may seem like a quaint, medieval folderol, they are 21st century statements of cultural and political identity. The presence of palms on these devices attests to the significance of palms in human history.