I’m an unapologetic lover of all things palmy, and I am also both a commercial fruit grower and, as it turns out, a determined reforester.

It’s a classic Hakalau, Hawaii, morning – misty light rain and warm humidity. Even standing on a ladder, I still have to crane my neck upward to check out the crown of an 80-foot Pigafetta filaris towering over my rambutan orchard. 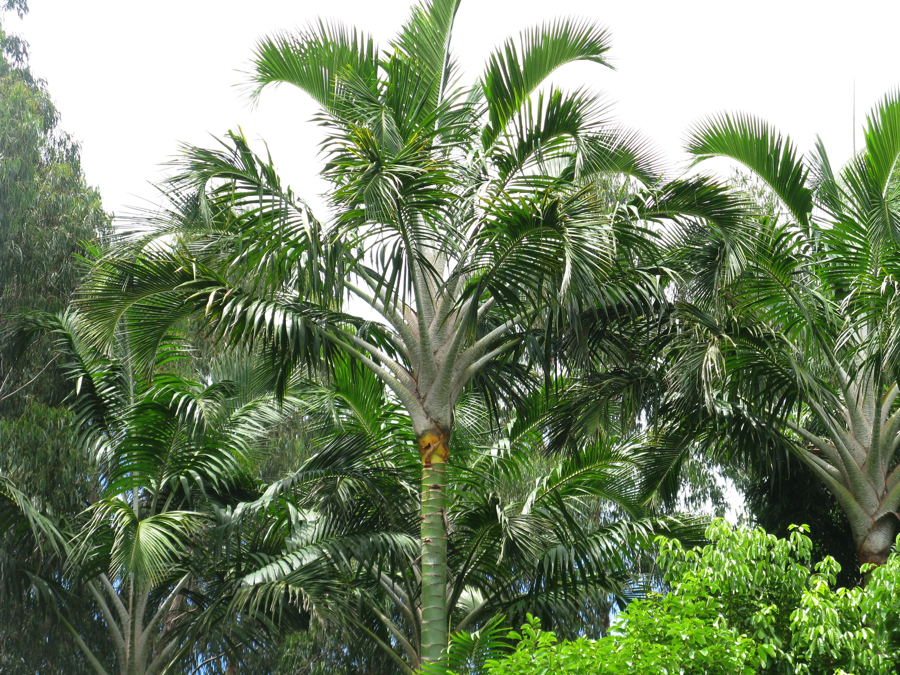 Hard to believe this majestic palm was a seed the size of my pinkie fingernail just a little over a decade ago. Even harder to believe is that this grove of giant palms is allowed to grow right in the middle of my commercial rambutan orchard. What is going on here?

Actually, I’m nurturing the transition of this particular chunk of my farm into a diverse and palmy agroforest that harkens back to the wet tropical forest that thrived here before we humans arrived. But why do this?

When my career brought me to Hawaii almost 20 years ago, I knew I had arrived in palm heaven. I purchased 12 acres of old sugar cane land on the Big Island’s wet and tropical Hamakua Coast north of Hilo and planted a tropical fruit orchard to earn income which, in turn, would help me create a welcome sanctuary for palms.

As I got to know my land, I became increasingly interested in the natural environment of the Hamakua Coast. Here we had this rainforest climate, and yet the lowland landscape was nearly treeless, with only endless waving fields of remnant sugar cane from now-defunct plantations. We humans had demolished almost every trace of what grew here naturally. Ultimately, I concluded that I had a moral obligation to help heal at least a part of this place, and that needed to include more than palms.

Many books as well as countless hours of online research taught me that Hawaii’s native plants arrived here over the last several million years by way of the 3 W’s: wind, wings, and waves. Our islands are so geographically remote that, according to many biologists, their flora probably resulted from less than 300 individual plant colonizations. Many of those plants subsequently evolved into numerous new species that grow nowhere else on earth.

Hawaii’s mid-Pacific location means that it has drawn its flora from all around the world, but the single largest areas that contributed to our native vegetation are the Indo-Pacific floristic region and the Australia/New Zealand area. Curiously, phylogenetic research of molecular data indicates that our one native palm genus — Pritchardia — is most closely related to American species, perhaps Washingtonia or even Copernicia. For many other native plants, however, Asia, Australia, and other Pacific islands are the ancestral homelands.

So I have begun reforesting part of our place with that natural history in mind. Since introduced pests and diseases make completely native Hawaii rainforest restoration very difficult, if not impossible, I decided to include other species from the main contributing floristic regions of Asia, Australia, and other Pacific islands.

I started the reforestation of this formerly treeless acreage in 2003, and it is breathtaking to observe the explosion of tropical diversity that has occurred in a little over a decade. 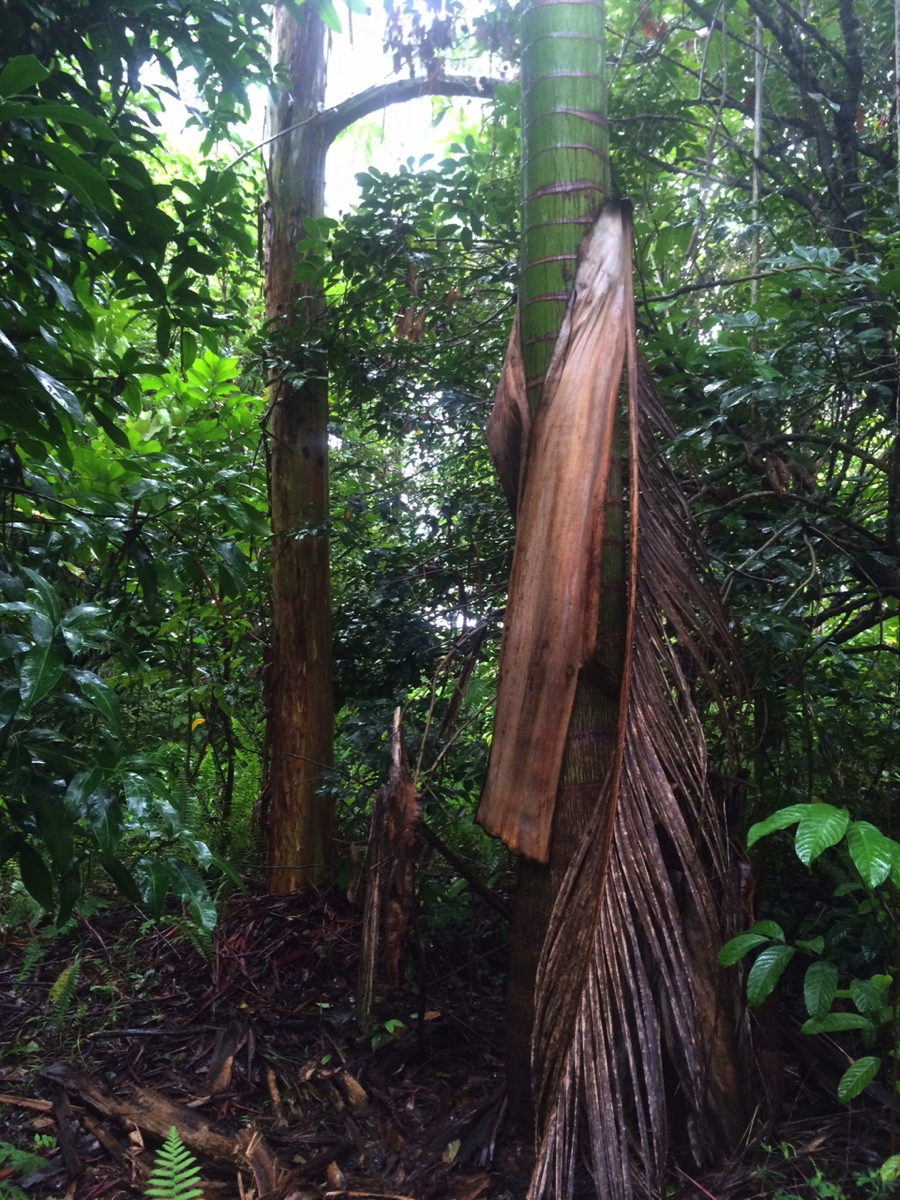 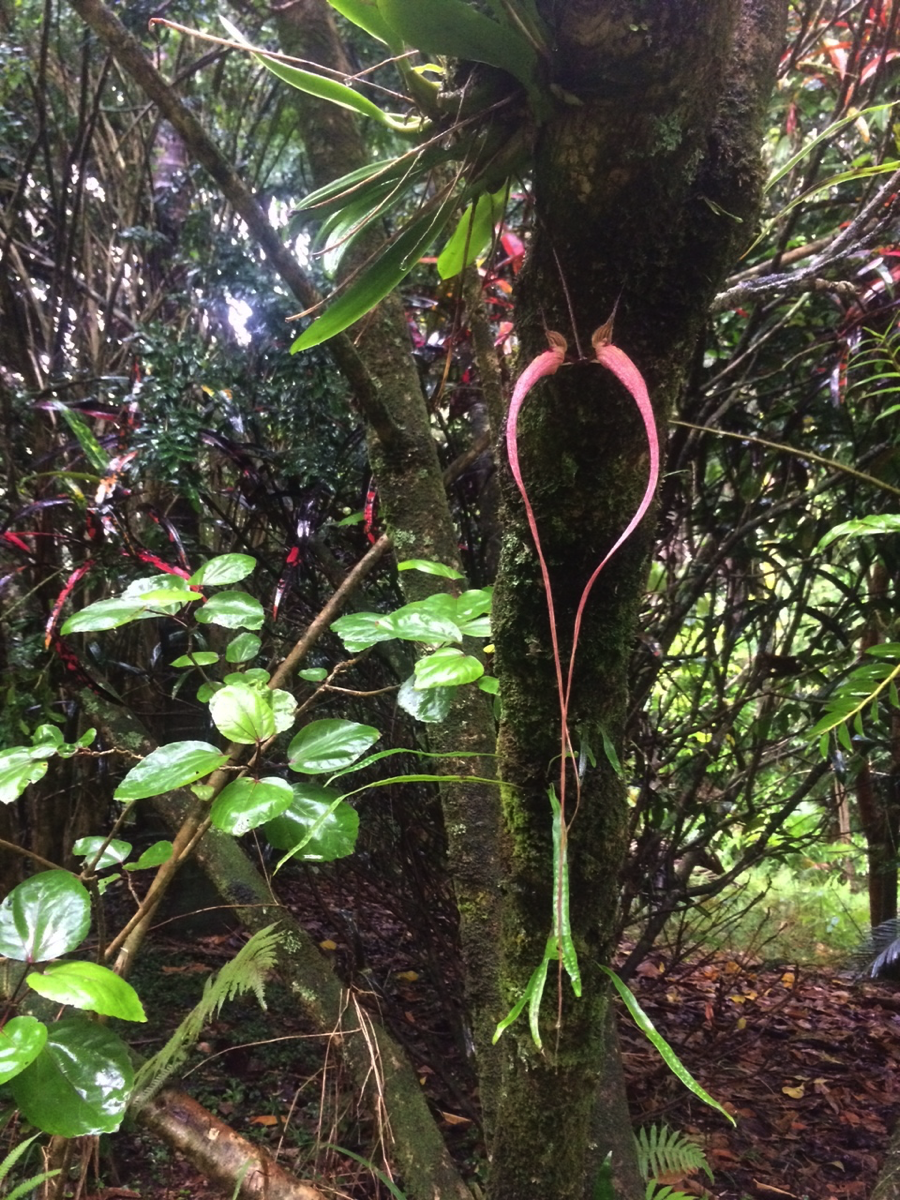 Native trees such as O’hia (a relative of bottlebrush trees), hapu’u tree fern, and, of course, Pritchardias, also once again rise from this volcanic soil. 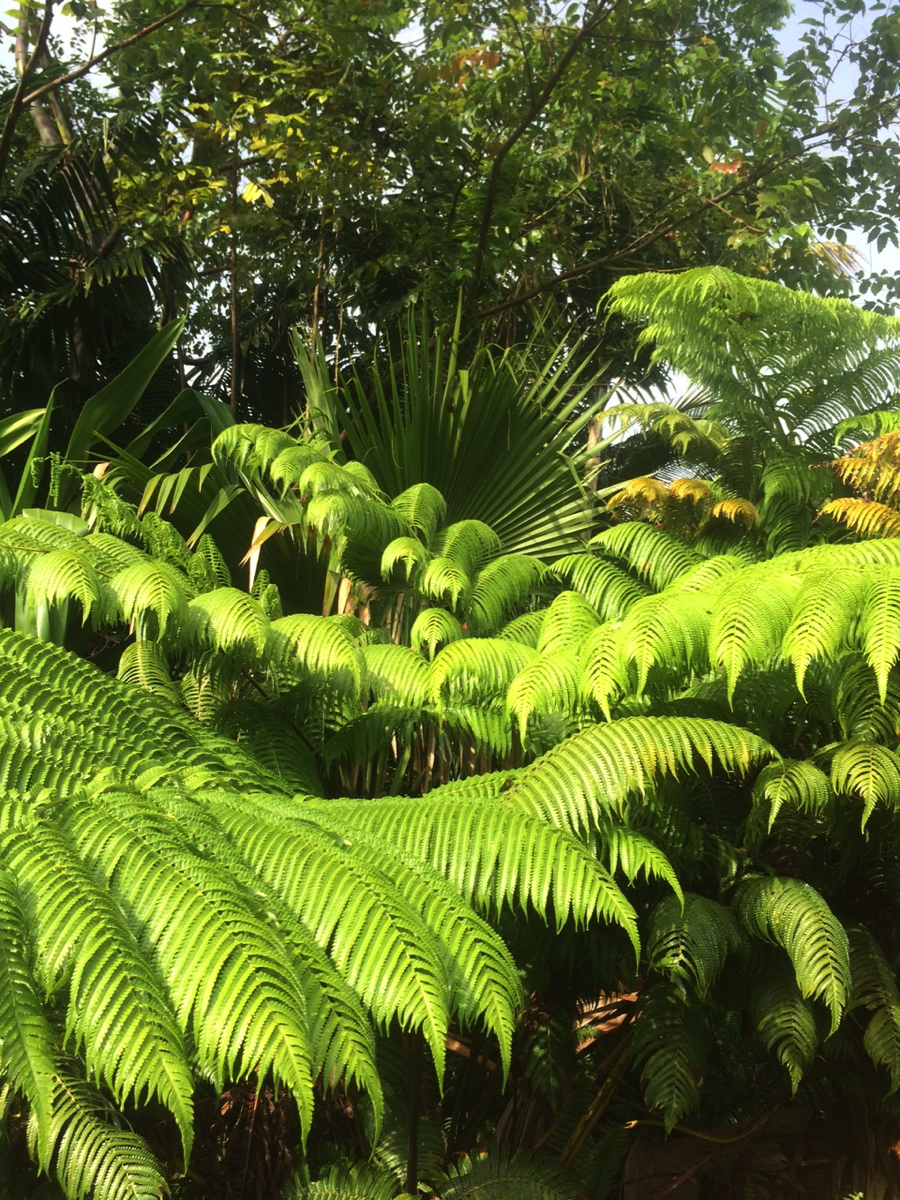 In the end, I have been incredibly fortunate to have some acreage to rebuild a little forest, but I think that even smaller parcels can accommodate a mix of our beloved palms with other complementary vegetation to help create not only a garden, but a functioning and thriving ecosystem. 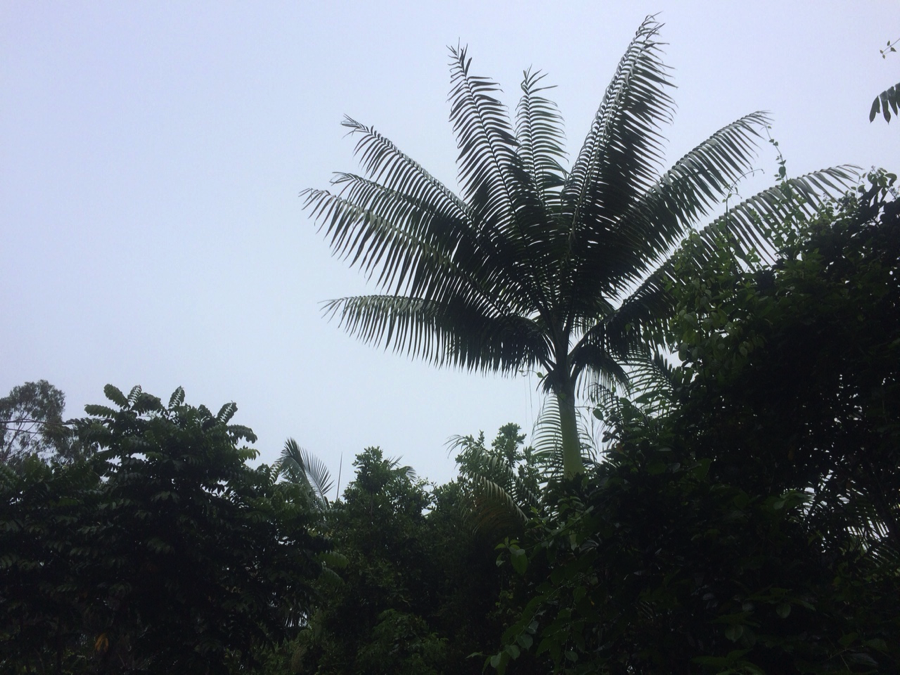 Emergent Clinostigma samoense/warburgii spreads its fronds over the young forest.