This continuing series illuminates the synergy between palm botanists and our mission of research, education, and conservation. Scientists and devoted enthusiasts are invited to share their rich experiences. In this issue, the New York Botanical Garden’s palm biologist, Dr. Andrew Henderson, tells his story: 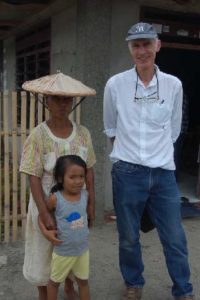 I came to New York from the UK in August 1982. To English eyes it seemed a foreign city, dirty, dangerous, noisy, energetic, and energizing. I had come to begin work on a Ph.D. in the joint graduate program between the New York Botanical Garden and the City University of New York. I was interested in palms from my time as a horticultural student at Kew Gardens in London. I had worked for a short time in the Palm House there and, of course, was impressed by the beauty of palms. I also remember, just before I came to New York, sitting outside a pub on Kew Green, watching a game of cricket. A botanist from the Kew herbarium joined me, Ray Harley. I told him I was about to go to the US to do a Ph.D. and asked him what would be a good group of plants to study. He said “Oh, you should work on palms. The big expert in the family in the US has just died, and no one there is doing systematics of palms.” Ray was referring to Harold Moore, who had died in October 1980. And so palms it was.

The International Palm Society boasts over 30 affiliates. While the IPS focuses on its mission of research, education, and conservation, local clubs provide members with garden tours, growing tips and access to rare palms. Furthermore, many publish highly desirable periodicals which are valued by many enthusiasts far afield. For this reason it is common for IPS members to belong to more than one local chapter.