This continuing series illuminates the synergy between palm botanists and our mission of research, edu-cation, and conservation. Scientists and devoted enthusiasts are invited to share their rich experiences. In this issue, Donald Hodel from the University of California shares his story.

My Half Century with Palms By Donald R. Hodel

I was smitten with palms in early 1971 when James L. Degen, my undergraduate college professor at 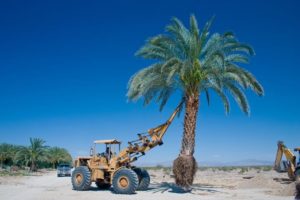 California State Polytechnic University at Pomona, introduced them to me during a plant materials course. He recognized and fostered my interest in this special group of plants, took me to meetings of the Palm Society of Southern California (a chapter of the IPS), and introduced me to local nurseries and personages who grew palms. He also encouraged me to join the IPS, which, mostly through its marvelous journal PALMS (then known as Principes), opened a whole new world to me of amazing and intriguing palms.

The International Palm Society boasts over 30 affiliates. While the IPS focuses on its mission of research, education, and conservation, local clubs provide members with garden tours, growing tips and access to rare palms. Furthermore, many publish highly desirable periodicals which are valued by many enthusiasts far afield. For this reason it is common for IPS members to belong to more than one local chapter.